ON THE THRESHOLDS OF PRIVACY / AN DEN SCHWELLEN VON BRUECK

A German-Finnish-Danish Art Project in the small City Brueck in the South West of Land Brandenburg.

On the thresholds of privacy is a public art project, that consists of three exhibitions in three small towns around the same theme in Germany, Denmark and Finland.
The first part of the project is happening in the town of Brück, situated in the countryside of former East Germany 70 km south of Berlin.
Nine artists from Germany, Denmark and Finland have been invited to develop their concepts and ideas. The art works are a result of their research between public and private spaces working with people and houses in Brueck.
The series of public and semi-public interventions take place along the main street of Brueck.

Project decription:
The project aims to examine the physical as well as mental space between what is very private and what is public. In the small town of Brück this border is clearly defined as the main road seem to be flanked by rather closed facades, doors and windows. You have to look hard to find openings, invitations to come and look inside more private, individual spaces. On the other hand this dividing territory is also where a lot of differentiating identities are tested, produced and displayed for the general public. So we are witnessing a complex space that on the one hand protects privacy and individuality from the public, and on the other hand where you mark your identity, where you define yourself in relation to bypassers, neighbors and town, you live in.
The individual art projects are going past these rather closed thresholds or façades to get to know more about what goes on inside. Looking for something more personal and private. But we are also interested in the architecture of this space, in between. In hospitality – where and how? And the relation between identity and public culture.
Due to demografical changes in Land Brandenburg after the brakedown of socialism there are shrinking populations, high rate of unemployment etc. The art works tell about the living spaces, history, traditions and social circumstances of the inhabitants of Brueck.
The special interest during the three parts of the project will be to compare and modify the theme and to react according to different national environments and local social situations.

On the thresholds of privacy will continue in Denmark and Finland un 2012 and 2113.

Special thanks to the citizens from Brueck 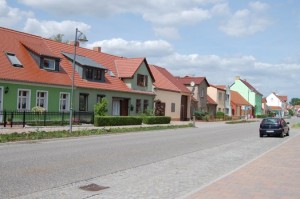 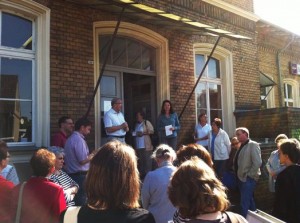 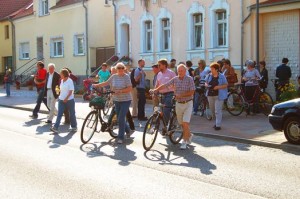 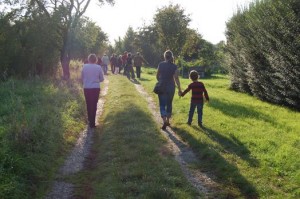